Last week, I was writing about being a tourist in my home town, so it’s only fitting that today I write about exploring Victoria. My first trip to the Butchart Gardens was a magical memorable day. My boyfriend had just moved to Victoria, BC and I visiting from Toronto. We were young, childless and carefree. We woke up on a Saturday morning and he told me that he had to run out for a bit. When he returned, without any words he tied a string to my finger. Just a plain beige string, nothing fancy. He held the other end in his hand. I looked at him with a puzzled expression not understanding what was about to happen. Next I felt a ring on my finger. My ring finger. Still no words from him. He never officially asked but that was the moment that we got engaged.

We spent the remainder of our engagement day at the very romantic Butchart Gardens. We wandered through the gardens as two people in love, holding hands and stealing kisses while the aroma of flowers wafted past. We had a picnic while the band played and relaxed while watching the clouds float past. It was a Saturday in the summer so there was a fireworks show. I would say that they were the best fireworks I have ever seen in Canada, and second to only Disney World in Florida.

Fast forward nine years and we returned to the gardens with the kids in tow. The Butchart Gardens are a different experience with kids but every bit as magical. Just a different kind of magic. Because I had been to the gardens before I could take them on an adventure which I knew that they would appreciate. My oldest loves maps, and navigating his way through any attractions is his favourite part so I delegated him with that task. But only after they explored the giant chess pieces in Water Wheel Square. 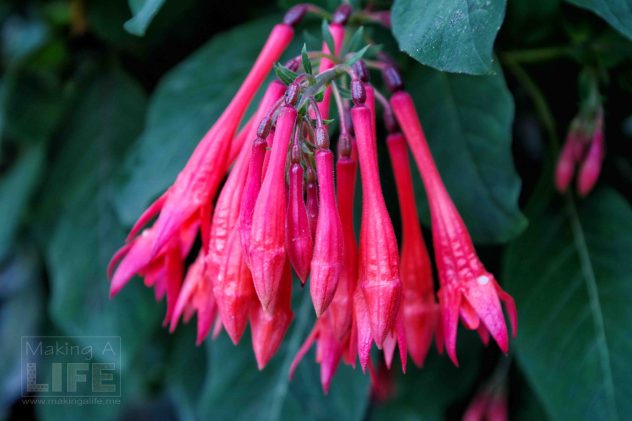 First up was the sunken garden, with a special view from the little house at the top. Treehouses, or any small structure are favourite locations for my boys so I knew that they would appreciate seeing the garden from this vantage point. Next up was the tower in the center of the garden, they were given the task of finding the stairs. The kids loved the sunken garden with the tower to climb in the middle. On to the pond to look for fish, and over to the Ross Fountain where we fielded a million questions about how it works. 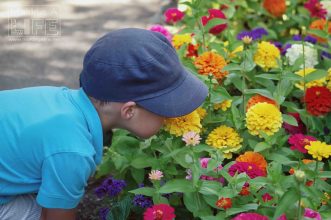 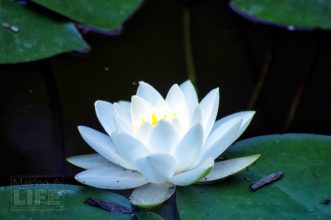 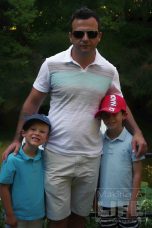 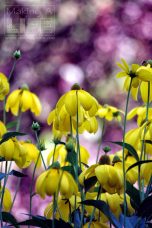 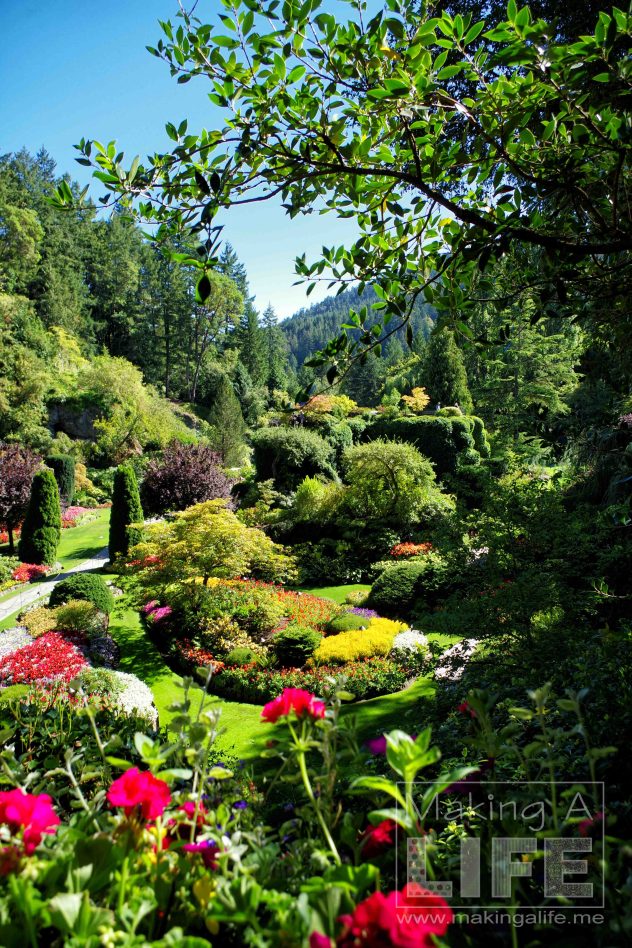 Then we walked over to the Rose Carousel, and after carefully selecting their animals they went for a spin. Next they ran over to the fireworks viewing lawn (I am not sure why) and rolled down the hill. I suppose that a green hill of grass is inviting to a 3 and 7-year-old. Next we had a look at the totem poles and headed back towards the entrance for dinner at the Blue Poppy Restaurant. The kids both chose spaghetti and meatballs from the kids’ menu, and ate every bite. While we chose to eat at the restaurant there are also picnic areas, and the Butchart Gardens allows visitors to bring in their own food which is excellent. The next time I will probably pack a picnic and eat al fresco to soak in the beauty of the gardens a little more. 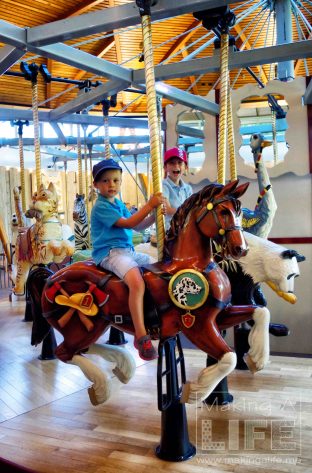 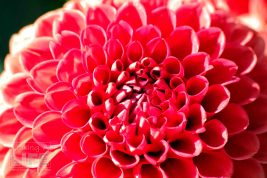 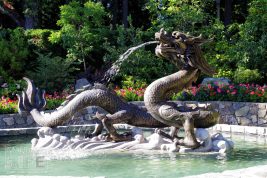 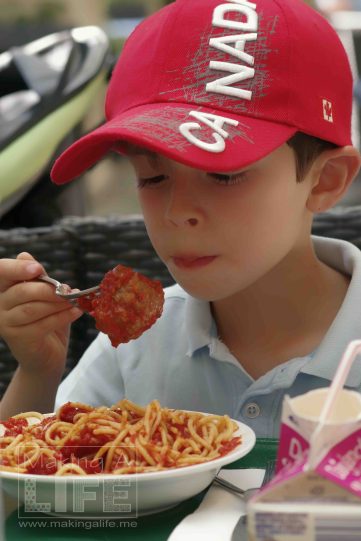 After dinner we headed to the Japanese Garden. This is truly a calming space, and I love the red bridges that provide hits of colour among all of the greenery. The kids loved the small paths and water falls throughout the Japanese Garden. Next up was gelato in the Italian Gardens. With so many flavours I wanted to eat them all but I settled for coconut pineapple. 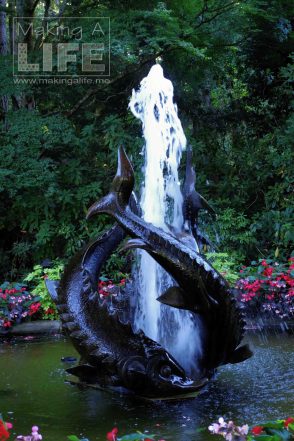 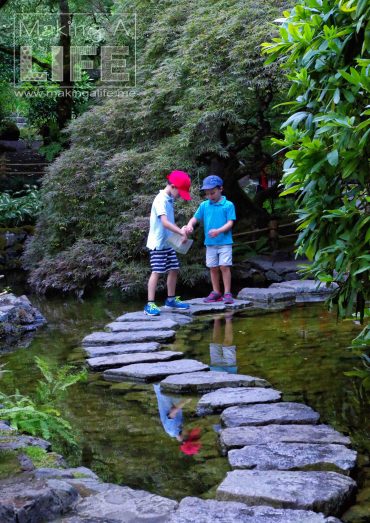 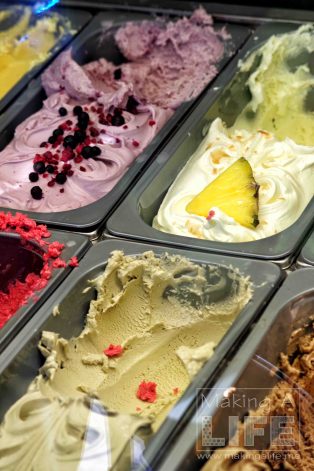 From the Italian Gardens we walked through the main piazza, and stopped to peer into the Secret Garden. Our last stop before the watching the musical entertainment was the “rosy” garden as my three-year-old called it. My youngest loves flowers, and his favourite garden was the “rosy” garden, also known as the Rose garden. It is also my favourite because it smells so wonderful, and it appeals to my symmetric sensibilities. 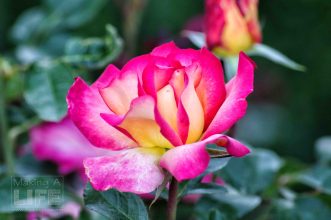 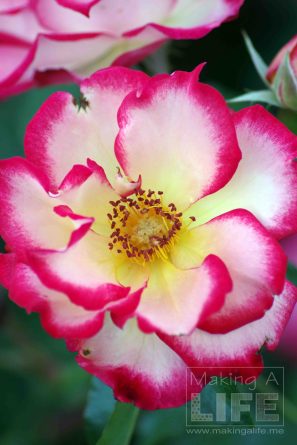 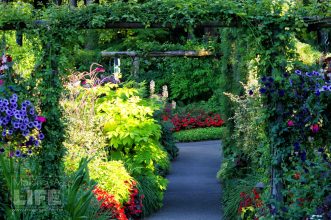 The kids wanted to have another ride on the Rose Carousel which we squeezed in before the performance by “The Bills”. The Butchart Gardens has musical performance each and every night during the summer. We still have the blanket which we bought to sit on while watching fireworks, nine years ago, the day we got engaged, and we used it again on this visit to the Butchart Gardens. This time there were two extra people on the blanket, at least most of the time when they weren’t up dancing. A special thank you to employee Nathan for offering to take our picture. 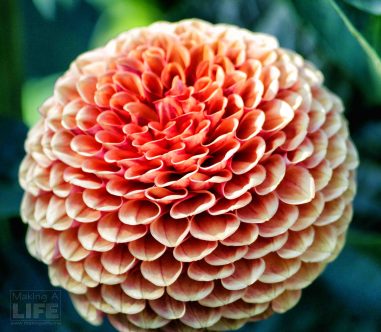 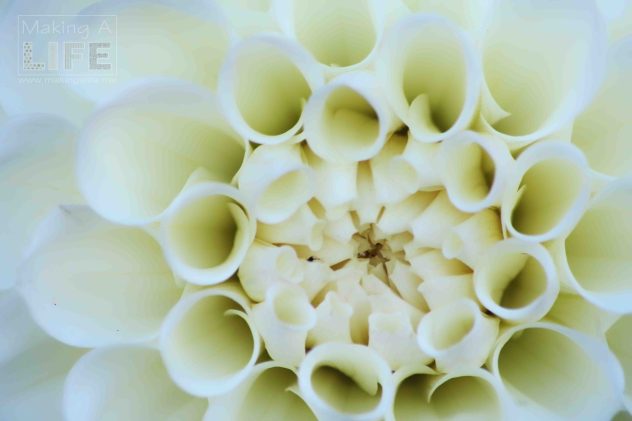 My favourite time of day at Butchart Gardens is after the sun goes down. During the day the colours, layers, and variety of flowers can be over whelming. But at night when the gardens are lit up certain flowers are highlighted. The gardens become a selection of small floral displays allowing the viewer a completely different experience. Whatever time of day or season you choose to visit there will be …..magic. 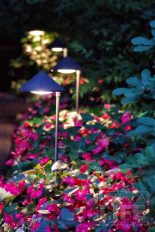 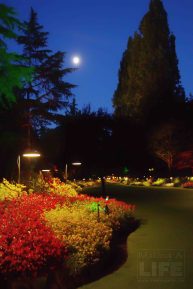 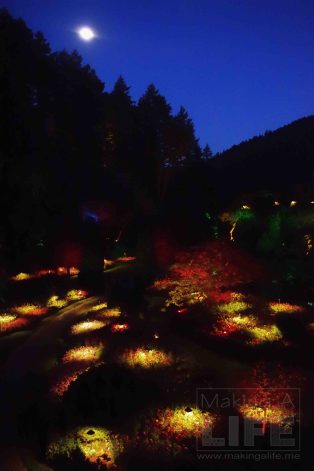