I mentioned in my last post that we traveled to Vancouver as a family for a week. My husband had a conference and I though that it would be a great time to take the kids and spend some time playing tourist. We went to the Capilano Suspension Bridge on the last day of our trip after spending three nights in a hotel as a family of four. It was just what I needed after spending most of the week inside hiding from the rain.

We arrived at 11:00 to a beautifully foggy fall morning. I had never been to the Suspension Bridge Park and had no idea what to expect. We walked through the Story Center which is full of historical information about the bridge, and got our first stamp. When you enter, there is a brochure marked Map & Passport, with a map and an area for stamps at each attraction. My seven-year-old through that this activity was great, as he loves maps, and the stamps gave him focus and something to look out for. The park also had great signage so no worries about getting lost.

Next we went through the Kia’palano area rich with totem poles, and then on to the Suspension Bridge. My youngest adventurer was very scared and firmly gripped my hand for the trek across. My oldest was more interested in getting to the Treetops Adventure. I wanted to stop and take lots of photos of the canyon with a blanket of fog, which proved slightly difficult with one hand in a death grip. When we made it safely to the other side the death grip was released and I managed to get one pic of the boys together. 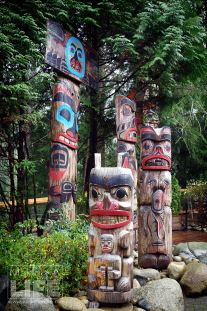 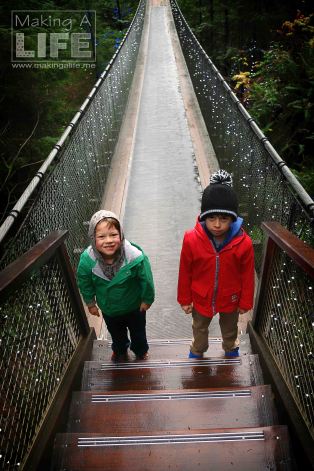 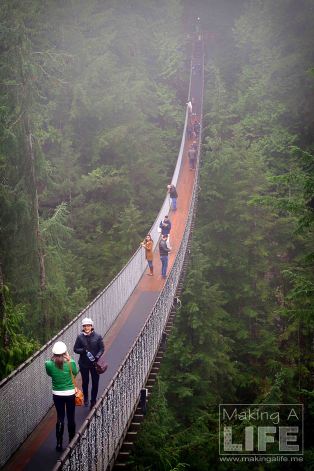 Next we headed to Raptors Ridge, stopping to get measured along side a Bald Eagle, Owl, Falcon and other birds. Had I known that this was a stop #5 on the “Rainforest Explorers” activity, I would have headed to the Treetops first to get the activity sheet. We continued walking along the well-designed walkways to Nature’s Edge, and taking a sneak peak at the underside of the suspension bridge on the way. 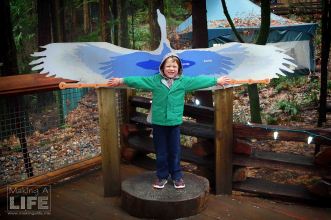 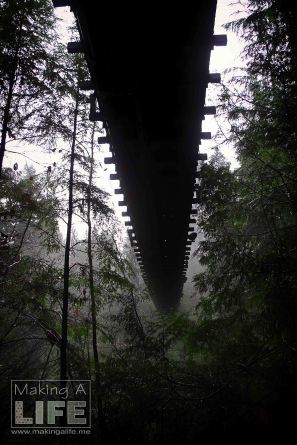 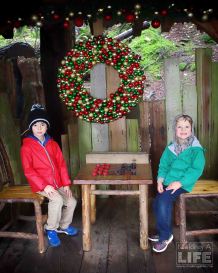 When we got to the Treetops Adventure we were greeted and asked if we wanted to do the “Rainforest Explorers” adventure which was an astounding YES. The next part of the trip was centered around the questions and activities on the card provided which included getting measured against the growth of tree’s, this significantly advanced the kids age which they thought was cool. 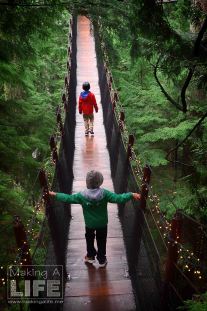 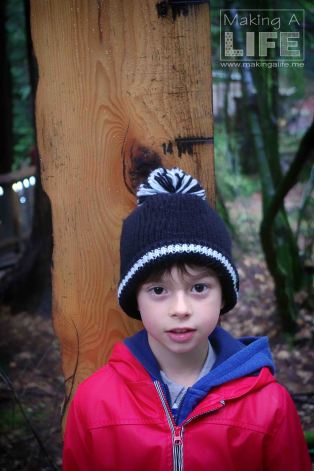 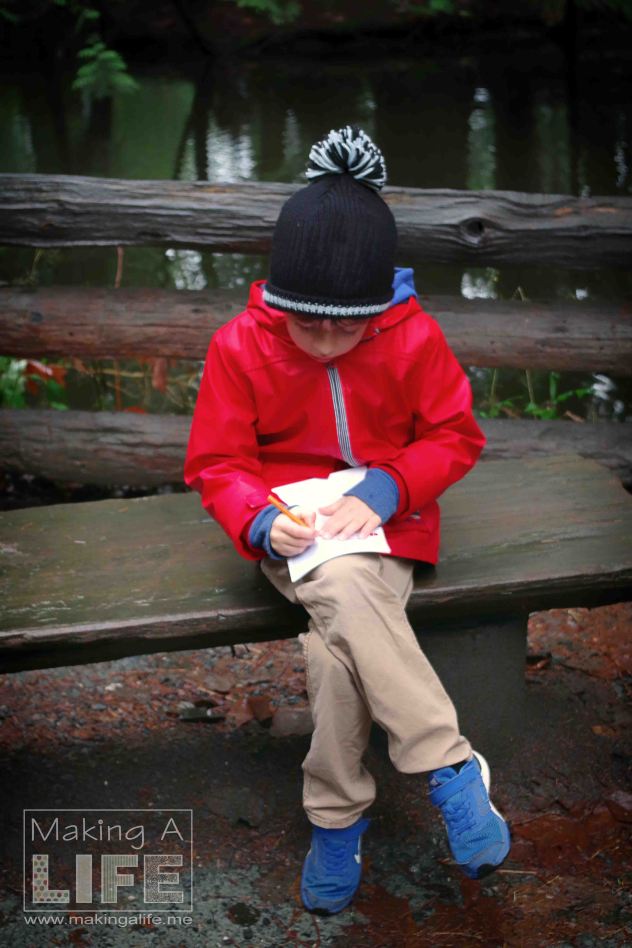 Just before we went back over the suspension bridge again we checked out the Rainforest Exhibit. Thankfully, this time there wasn’t a death grip walking over the bridge. When we reached the other side, we headed to the Cliffwalk which is a series of narrow bridges cantilevered off the canyon walls. We finished the visit in the Trading Post. 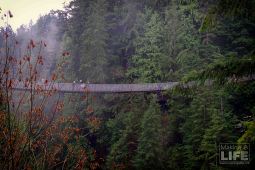 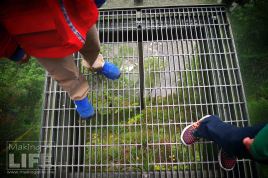 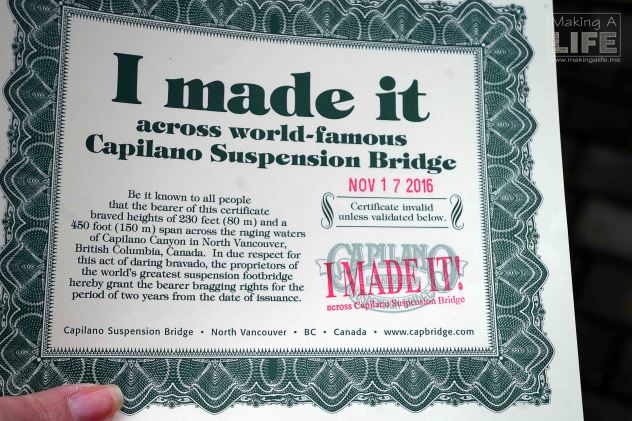 The Capilano Suspension Bridge Park was a perfect activity for my kids aged 4 & 7. There were age appropriate activities, and the walking was easy for them. This is also a great place to go if you are looking to take family photos, they have some excellent areas setup for this purpose, and I was a little bummed out that my husband couldn’t join us. We were also lucky enough to get a sneak peak at the Canyon Lights which started November 24 and continue until January 8th. Well worth the visit. 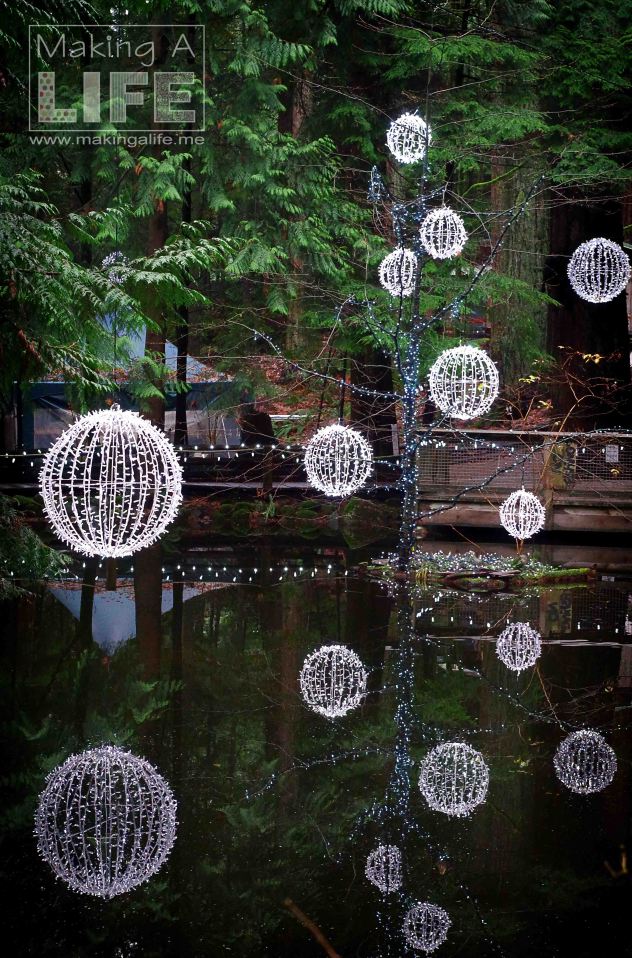 If you are planning on asking someone to marry you this season, this is the place to do it! I have never been out and about and through “this would be a great place to get engaged” except maybe Butchart Gardens. If you do happen to get engaged or do a photoshoot at the Capilano Suspension Bridge Park, shoot me a comment or share the pictures.

One thought on “Capilano Suspension Bridge”