My seven year old is obsessed with Minecraft. I hear a lot of “Mom did you know, in Minecraft……” which is about where I zone out because I really know very little about Minecraft. However, I am interested in expanding upon his interests. I think it is great that he is so passionate about something, even if it is based on a video game. Instead of incessantly playing video games I want him to build on the creative problem solving skills learned in Minecraft, and apply those skills to other things.

Many of the projects that I make are child inspired, such as this tent, campfire, hobby horses, super hero capes and crowns. I let their play fuel my own creative juices and I come up with crafts to satisfy my passion for making, and props for their playtime.

I have been involving the kids with crafting projects for a very long time. The first project that I remember working on with my oldest was when he was three and I was sewing, he wanted to sew with me, so I let him put his foot on top of mine and “drive the sewing machine.” Over time, he has become more and more involved in making things. 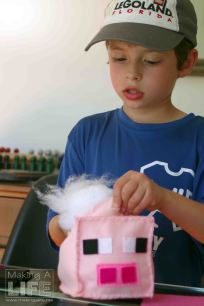 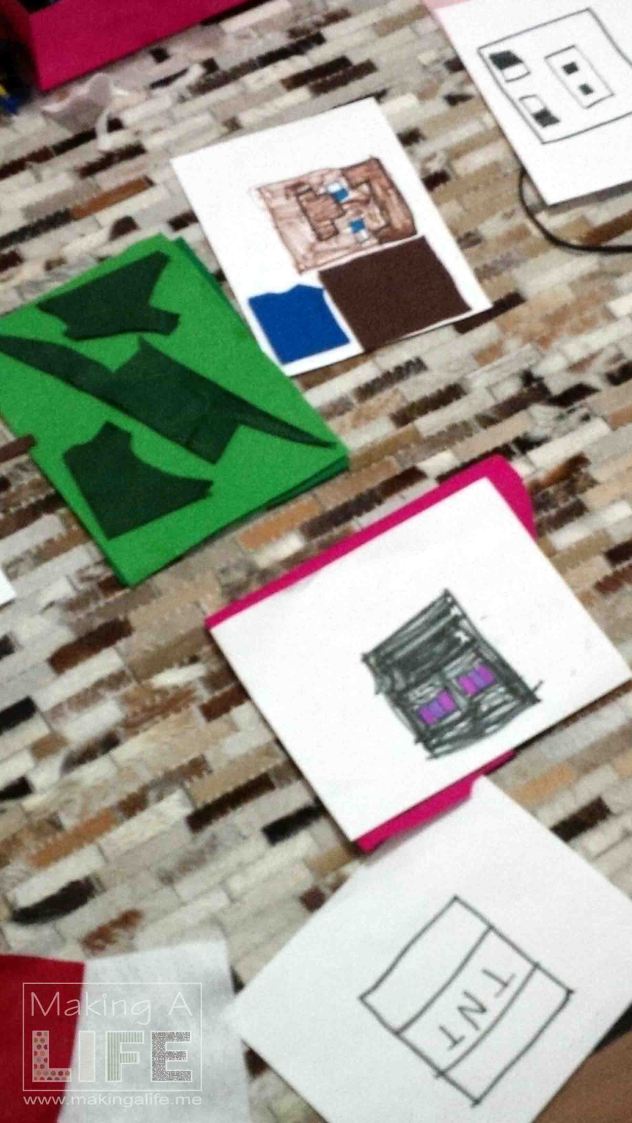 For this Minecraft project he drew the cubes that he wanted made, picked out the felt colours and after I sewed the blocks he stuffed them. We talked about how many pieces of felt we needed to cut and how many sheets of felt would be required. He made a bit of a mess on the floor of my office during his design phase but it is usually a disaster anyway. 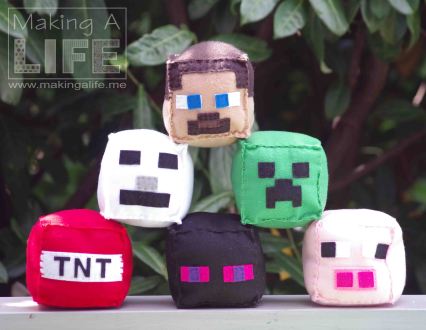 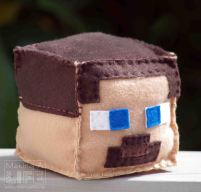