My oldest turned 6 last weekend, which is reason enough to celebrate.  A few people asked me if I could believe it.  And honestly I can’t, I don’t know where the time went.  One day he was a tiny baby, and just last week he turned 6.  I was thinking this week if I had it all to do again would I have done it the same way?  Now being a super practical person I know that there is no such thing as second chances, but it’s interesting to think about just the same.  Would I have worked, traveled, and spent time studying while he was young?  I think that I would have, because he is an independent little boy whom I love and I can’t imagine him any other way.

I was struggling trying to decide what to do for his birthday now that he is in school.  Do you just invite a few kids, or no school friends, or the whole class?  We decided to invite all of the kids in his class, parents, siblings and a few of our friends and their families.  We ended up with a huge group, and Sasha announced that it was the best day of his life, which makes everything worth while.  It would have been even bigger if I didn’t kick out the hockey team that crashed his party, seriously.

I requested from a few families (until I lost track of who I had told) that if they were inclined to bring a present (because honestly even though we have asked for no presents in the past no one ever listens, and neither do I) to give an experience present.  Sasha received seeds to plant in the garden, movie passes, painting canvases, and gift cards which turned into a shopping spree among the piles of presents.  I must say that my husband was pretty happy with the remote control helicopter, and remote control car.  My husband even tried to convince Sasha that he would have to play with the helicopter until he turned 8 because the box said 8+.  Fun was had by all, the photos are evidence. 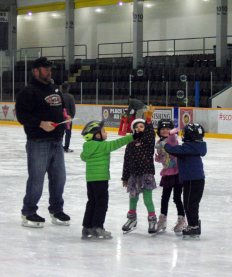 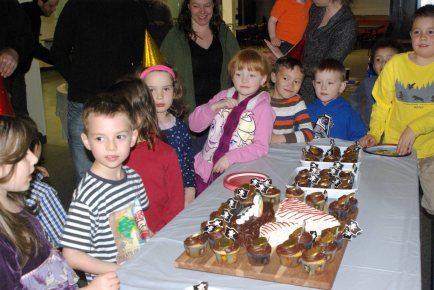