When I was young, single and childless I would escape to the cottage frequently stopping along the way to pick up a rental kayak for the weekend. To get my money’s worth I would go for a couple of paddles a day. It has been at least 6 years since I have kayaked. Life got busy with kids, marriage, work, school and a brain tumour. So when a friend suggested that we get a group of people together and go on a kayak tour I was in. I even managed to talk my husband into trying it out, as he had never kayaked before. He has a good sense of adventure and is usually up for trying new things with the exception of sharing a kayak with me.

When we arrived at the kayak rental dock there were a limited number of single kayak’s and we value our marriage far too much to do something crazy like share a kayak. Perhaps we will save that adventure for another time.  After everyone was fitted to a boat, and comfortably strapped into a life vest we hit the water. Unfortunately, that process took over a half an hour which I guess is to be expected with a group of 11 plus 2 guides.

We went on an evening tour of the Gorge Waterway in Victoria, and it was a perfect day for a paddle. The guides gave us a few paddling tips and an orientation for those new to kayaking. They were also full of historical stories about the waterway, all of which I have heard before. As a tourist in my own town these things are also to be expected.

I did not fall out of my boat but some how I managed to get soaked. As it turns out I am a splashy paddler which wouldn’t have been so bad except après kayaking we hit a brewpub which was conveniently located steps from the dock. I was still wet hours later when we got home, but I had a great time anyway.

Have you been kayaking? If yes what body of water did you paddle on? 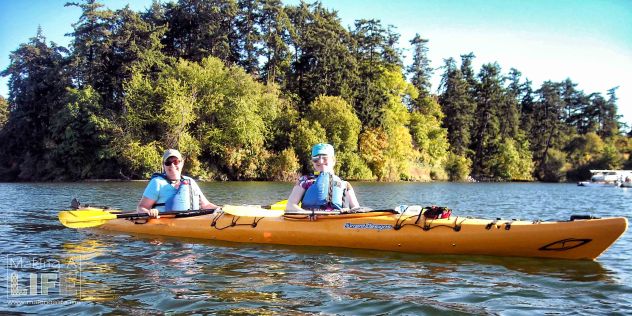 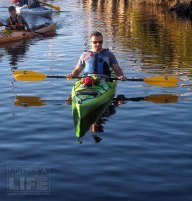 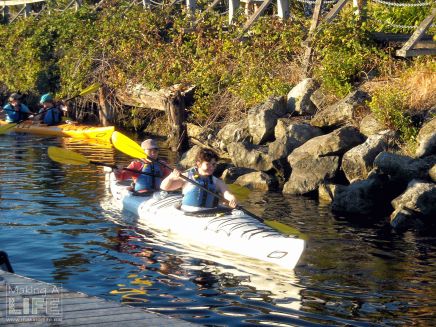 Newest project for an expecting mama #babyblanket #knitblanket #knittersofbc #makersgonnamake
Feeling like I need a little more pink with all the testosterone in this house #boymom #pink #knithat #makingalifeknits .
Finishing up another shawl this morning. #tassel #wip #shawl #wrap #valentines .