On August 7th I had a craniotomy to remove a meningioma (brain tumour). This link explains the procedure from a medical perspective. I am sure that the patient craniotomy experience would be different from person to person but this was my mine;

I was wheeled to the operating room just after 8 am, surgery was completed by 1:15 pm and I was transferred to the recovery room and at some point the breathing tube was removed. I woke up in the ICU around 2pm and man did I have a headache.

What I remember from my ICU stay was;

These are some of the pictures from my 24 hours in the ICU. It gives an idea of the shape I was in. There were 10 beds in the ICU and I was the least sick person. I can’t even imagine how the other people were feeling because I wasn’t doing too hot. 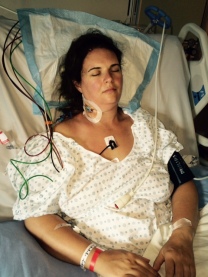 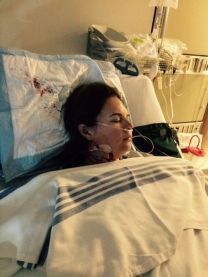 The most important thing is that Timmy was removed in his entirety and that he wasn’t cancer. The operation was a complete success.

3 thoughts on “Brain Surgery to ICU”