I had no idea how often people asked “what are your plans for the summer”? Are you travelling anywhere? It’s getting to be like the new “How are you?” or at least it seems that way when I have been living in limbo. 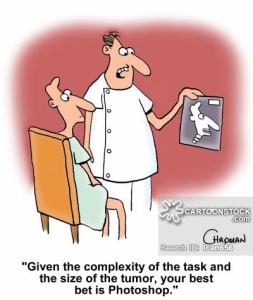 I went for a follow-up appointment this past week to get the results from my MRI, which I already knew because I am as impatient as a toddler. But it’s a little different hearing them from a neurosurgeon than from my family doctor. The neurosurgeon still believes that I have a benign meningioma which is a tumour growing between my skull and the lining of my brain called the meninges. Whether or not it’s benign won’t be confirmed until the tumour is removed. Timmy is larger than initially suspected. My first scan had him at 2.3cm and the second more accurate one has him measuring 2.9cm. A six milimeter difference isn’t much unless you are talking about brain tumours. Meningioma’s typically grow at a rate of 1mm per year, so we are potentially talking about a difference of 6 years of growth. The surgeon doesn’t actually think that Timmy has grown 6mm between scans he just thinks that the image from the MRI is much better than the one from the CT scan. As I learned this week 3cm is the decision point for these types of tumours in this location. My options were presented such that:

1. I can wait until the tumour gets to be 3cm in 6 months to a year during which time I would need to have another MRI and more appointments, and then have surgery

2. have radiation to reduce the size of the tumour and then at some time in the future have surgery

3. get it removed sooner rather than later

Unfortunately using photoshop to remove the tumour wasn’t an option. Waiting a couple more months would be fine except having a brain tumour sort of sucks. If I was 70 years old my best course of treatment would be radiation. But I am not 70 so shrinking it and hoping for the best only to have to revisit the situation later isn’t very appealing. So looks like I am going to have surgery sooner rather than later. 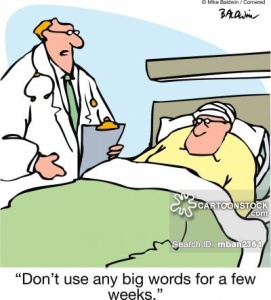 He then went through the potential risks of this surgery based on the size and location of Timmy which include a small risk of facial paralysis on the left side of my face, reduced motor function in my left hand, bleeding requiring a blood transfusion, and somethings about difficulty swallowing, swelling, leaking spinal fluid; honestly I sort of lost track. I do remember that if he can’t untangle the tumour from important things he will just leave some tumour behind rather than risk permanent damage. If he does have to chop up Timmy what is left will be “fried” as he put it, and I believe there was a mention of potential radiation treatment later on. My husband made notes which I can’t bear to read. Having too many details scares the crap out of me.

What is sort of neat, creepy and scary all at the same time is that he will be injecting little sensors into my face once my head is clamped to the operating table. Yes that is correct my head will be clamped to the operating table. Sounds pleasant doesn’t it. He will try and get the clamp marks close to my hair line just in case there is any scaring, but he couldn’t be sure where they would end up until he had me on the table. Considering that I will have my skull drilled open, the clamp marks will probably be the least of my concerns. The sensors will be used to align the MRI imaging to my head sort of like a GPS of my brain. The sensors will also act like little alarms for the nerves in my face if there is any twitching.

I will be sedated for the operation which is actually nice to hear because there are types of brain surgery that require local anesthetic so you are pretty much awake for the surgery. That sounds like torture. I have a hard time being fully present for a dental filling I can’t even image the post traumatic stress disorder that might surface from being awake for brain surgery.

The good news (I am stretching it here, but there has to be something positive in the situation) is that I will in fact be part robot when this is all over with as I will be getting a titanium plate in my head. My kids think that the surgeon is going to cut off my head, insert bolts and I will turn into Frankenstein. Thankfully he is not going to cut off my head. He is only going to cut into my head and there will be bolts involved so they are only partially wrong. I will defiantly be green right after the surgery because nausea is high on the list of side effects. 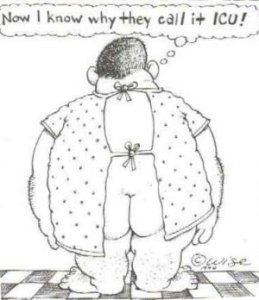 I will be in the ICU right after the surgery but I might not even be aware because this event calls for a bucketful of drugs. There is a risk of swelling and bleeding post surgery given the tumour location so the ICU is the place to be. If all goes according to plan I will be out of the hospital within 5 days.

My husband, the surgeon and I tossed around some potential surgery dates as if we were making dinner plans. I have a tentative craniotomy (I think that’s what it’s called) booked but I am waiting for the confirmation before I get too excited, or freaked right out. In the mean time I need to have a pre-op exam, blood work and chest X-ray.

So now when I am asked “do you have any big plans for the summer”, I can say I sure do I’m having brain surgery. Now doesn’t that sound like a fun way to spend the summer.

Shop update happening soon. Exact day = when I get it together, but soon. Here’s a teaser until then. #yyj #yyjsmallbusiness #yyjmakers #shawl #madebyme #etsycanada .
I froze my buns off tonight watching the kiddo play ball. Shout out to the parent fans showing up to cheer on their little people. #parents #cheering #kidssport #ballmom #letsgo #knitting #knittersofinstagram #makers .
Practicing my apocalypse skills 🤣 on Friday night. Picking grapes & making a grape vine wreath in my yard. #grapes #grapevines #grapevinewreath #dowhatmakesyouhappy #makersgonnamake #craftskills