I am going to admit that this is the first time since Logan was born that we have attempted to stay as a family in a single hotel room.  We have traveled quite a bit with the kiddies but usually we stay in a suite (spoiled I know).  This was a bit of a test to see if the kids are old enough to sleep through a little noise.  Some of you reading this are probably laughing at me right now, and good for you, I am glad to be of service.  But seriously travelling with kids and their schedules can suck the fun out of a vacation.  My kids have their own rooms at home which is quite luxurious for all of us but it makes travel a little difficult because they are not used to the noise of other people in their space.  Sasha can sleep through anything but he makes more noise than a partying 19 year old while he is asleep.  Logan takes forever to fall asleep and once he does he is a light sleeper who wakes screaming at least once.  By screaming I mean like a fire alarm going off in the middle of the night.  He also loves to nap in the afternoon (don’t we all) but it’s next to impossible with Sasha and I in the room.  Yet this time we sort of managed to make it work. Logan napped in the stroller or car while we were out and about, not for long but it was better than nothing.

So where did we go?  We went to Vancouver, hardly far but far enough that it was difficult to go home in the middle of the night if things were going badly.

Day 1 – Ferry to Vancouver and IKEA.  I had to get my IKEA fix and as a special bonus the kids were asleep when we pulled into the parking lot, so my husband who loathes IKEA kindly volunteered to hang with the kids in the car.  I made a mad break for it.  I should have taken longer as it would be the last time that I would be alone for 3 days.

Day 2 – We stayed at the Westin Bayshore which is one of my favourite hotels in Vancouver.  It’s right on the water and within walking distance to the Vancouver Aquarium and Stanley Park which is where we headed for the day.  It was a great time of year to visit the Aquarium.  It’s a zoo in the summer but I really appreciated that it wasn’t very busy.  We finished the day with a swim in the hotel pool which wouldn’t have been complete unless someone fell in.  Both kids are taking swimming lessons but neither can swim alone yet so they were both wearing their life jackets, disaster averted.    Here are some pics from our walk through the park and the aquarium. 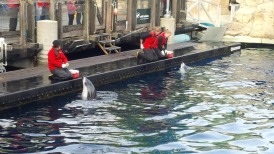 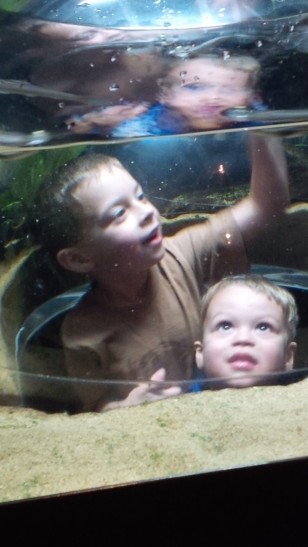 Day 3 – The skytrain and Science World were on the agenda for day 3.  We took the Skytrain to Science World just for fun.  I had never been to Science World, so I was in for a surprise.  It was AWESOME!  We spent the whole day there, there was just so much to do.  Fun times. 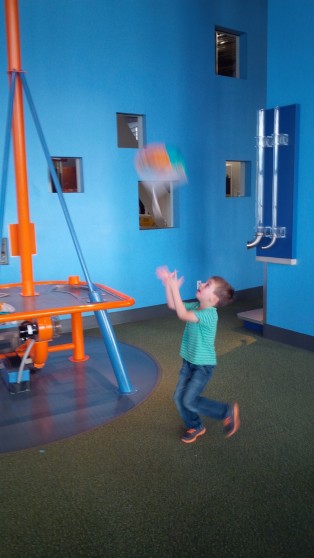 Day 4 – We went back to IKEA, I just couldn’t help myself.  The Richmond location which had been on strike for a very long time (more than a year for sure) was out of one of the key items on my list so we hit Coquitlam.  The sold out item will appear in a future post but it’s top secret for now!  We managed to sneak on the ferry on the way home and we were at home before bedtime.

The trip had it’s issues like the two hours that it took Logan to fall asleep each night (no exaggeration), and the amount of food we wasted was atrocious, but fun was had and memories made.

This was my office for a couple of nights after bedtime which had a striking resemblance to a bathroom.