Last weekend we went camping.  Camping means different things to different people, so to clarify, we drove to a campsite at a provincial park and pitched a tent.  Sasha has been pretend camping for about a year, so it was time for the real thing.  We were booked for 3 nights, and lasted 2.  All in all quite an accomplishment.  Logan at 21 months isn’t much of a camper.  We brought him a playpen because he still sleeps in a crib, and it worked for naps and for bedtime but somewhere around 11pm each night he woke up screaming.  He ended up in the middle of our air mattress both nights, and night two he would only sleep while being held.  I should mention that he is 3′ tall and 30lbs, and without a wall to lean against holding/sleeping our “baby” didn’t work out well for any of us.  On the second night it was clear that he had a cold.  We had a choking incident earlier in the week that required I administer the Heimlich and call 911.  So our littlest camper might have been afraid because he was having trouble breathing, or he was freaked out by sleeping in the tent, or he was cold (doubtful because he was keeping me warm) because it was freezing.  Maybe not freezing but in the single digits overnight.

So this is what I learned from our camping adventure:

I was very thankful to be back home with everyone nestled in their beds, and me with a hot mug of tea that I only needed to press a button to make.  Camping did make me thankful for all of the things that I take for granted everyday and a reminder that while camping is a back to the basics type of living, it’s a lot more work.  I am a fan of running water, electricity and heat. 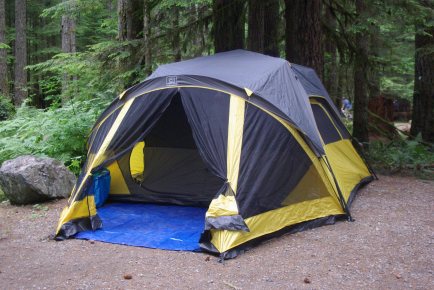 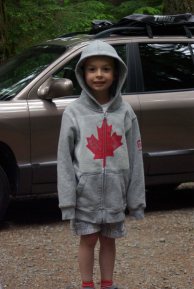 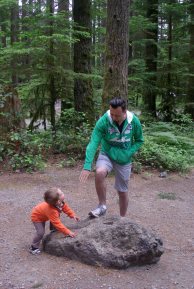 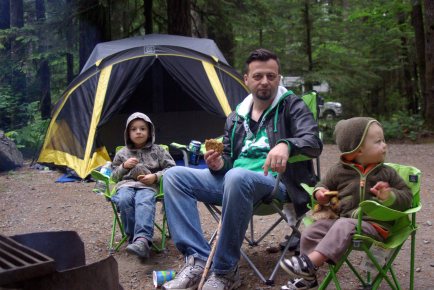 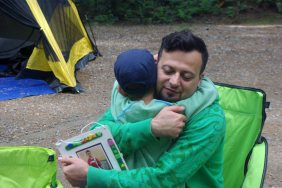