The very best day that we spent in Thailand was at Elephant Hills. It happened to be my husband’s birthday. Even thought he took me to Thailand for my 40th, he managed to celebrate his birthday in Thailand as well. We almost got in a fight just before this photo because I was asking him to hang out in the common area and he was insistent that we go to the tent. We were trying to surprise him with a cake for his birthday, and he was asking far too many questions.

We had to get up super early to catch our flight from Bangkok to Phuket, and then after the flight we had a three hour drive. But it was so worth it. Upon arrival we were treated to a yummy buffet, and got ready for an afternoon with elephants. Our accommodation was a luxury tent, it rained all night on the metal roof and I had the best sleep of our vacation. 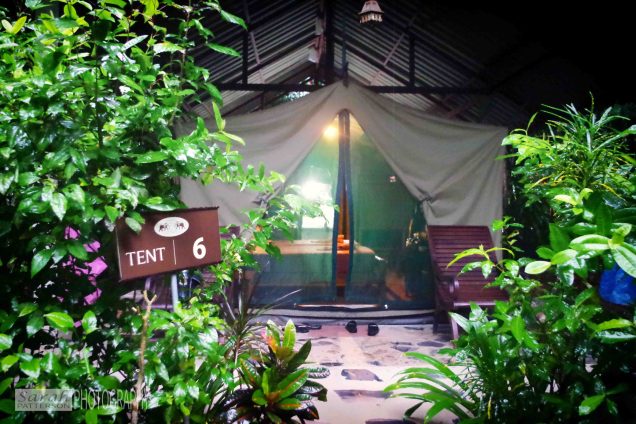 The elephants were the best part of the whole trip to Thailand. I’m not even sure that I can put into words why I liked spending time with elephants so much. Even thought they are so large, they seem so gentle. Their eyes are so sad. When I talked to them I felt like they understood me. It was interesting to see their personalities, and how they interacted with each other. Some were friends, there was a gang of three that were “the bad ones”, and one that followed another around like a shadow.

We watched them play in the pond, we bathed them, petted them and fed them. It was an experience that I won’t forget any time soon. When we were booking I didn’t really want to be involved. I wanted my husband to surprise me, but he knew that even though I want to be surprised, I am not very good at being surprised. He also knew for the good of our marriage that he wouldn’t get the surprise right, and he was correct on that. I’m a bit of a pain that way, I want to be surprised but only if you have super human mind reading powers to surprise me with exactly what I am thinking.

When was the last time that you spent a few hours doing something that touched your life in a memorable way? There are lots of things that happen in life that touch us, but they are often negative events. A death in the family, a job loss, a brain tumour, bad surprises, things that you don’t see coming. This elephant experience was up there with the news of being diagnosed with a brain tumour, it was a shock to my system but in the best way possible. If you have the chance spend the day with an elephant, do it! Watch them sway to music that only they can hear. 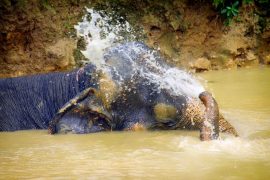 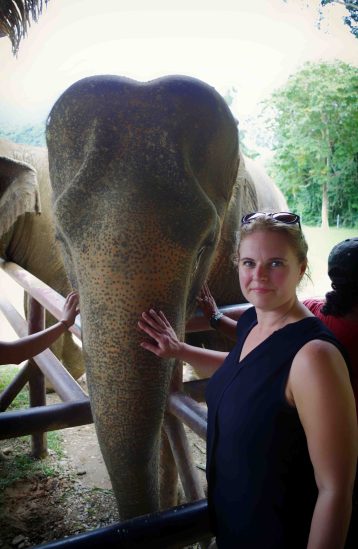